Come for the concert and stay for the conversation. This summer, Uncommon Grounds Cafe in Aliquippa partners with The Genesis Collective to welcome our region for an eclectic, electric lineup of performers.

We will kick off with a blues workshop for kids led by Billy the Kid and the Regulators, and then you’ll want to stay for their concert. After that, we welcome a neo-soul/pop fusion in Joy + Peace with award-winning artist Joy Ike. We take a turn into jazz with the Yoko Suzuki Trio, and then talk about community, blackness, classical music and the way these tie together with oboist Anthony Anfull and his collaborators. We will end our series with the stunning voices of chamber choir Voces Solis. These artists will stay to talk about their work with you, the public. Come ready with your questions, and come ready to eat before the performances, because there will be a food truck party on Franklin Avenue!

This series is a love letter to our communities, and you are invited!

All concerts begin at 7 with conversations following, except for Billy the Kid, who starts with a children’s workshop at 6. 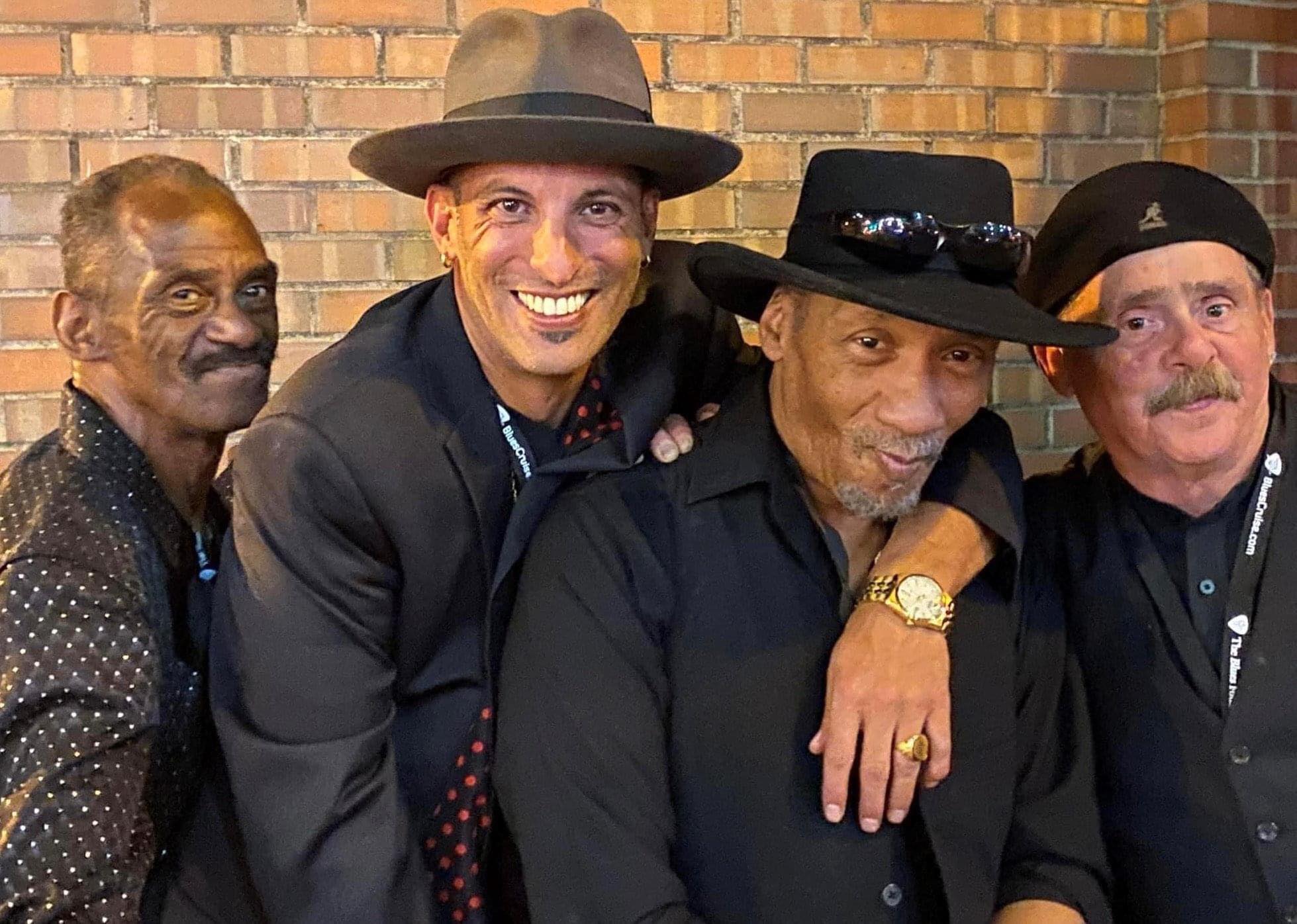 Billy the Kid and The Regulators are a high powered, guitar driven, rhythm and blues band based in Pittsburgh. Lead singer Billy Evanochko is widely-known across the Steel City for his impassioned lyrics, seductive vocals, and stinging guitar riffs. He and his band, The Regulators, deliver a well-balanced dose of funky rhythm and blues, with heart and soul being the main ingredient, playing countless clubs and festivals throughout the country. The band attracts fans with their fresh mix and interpretation of the iconic R&B experience. 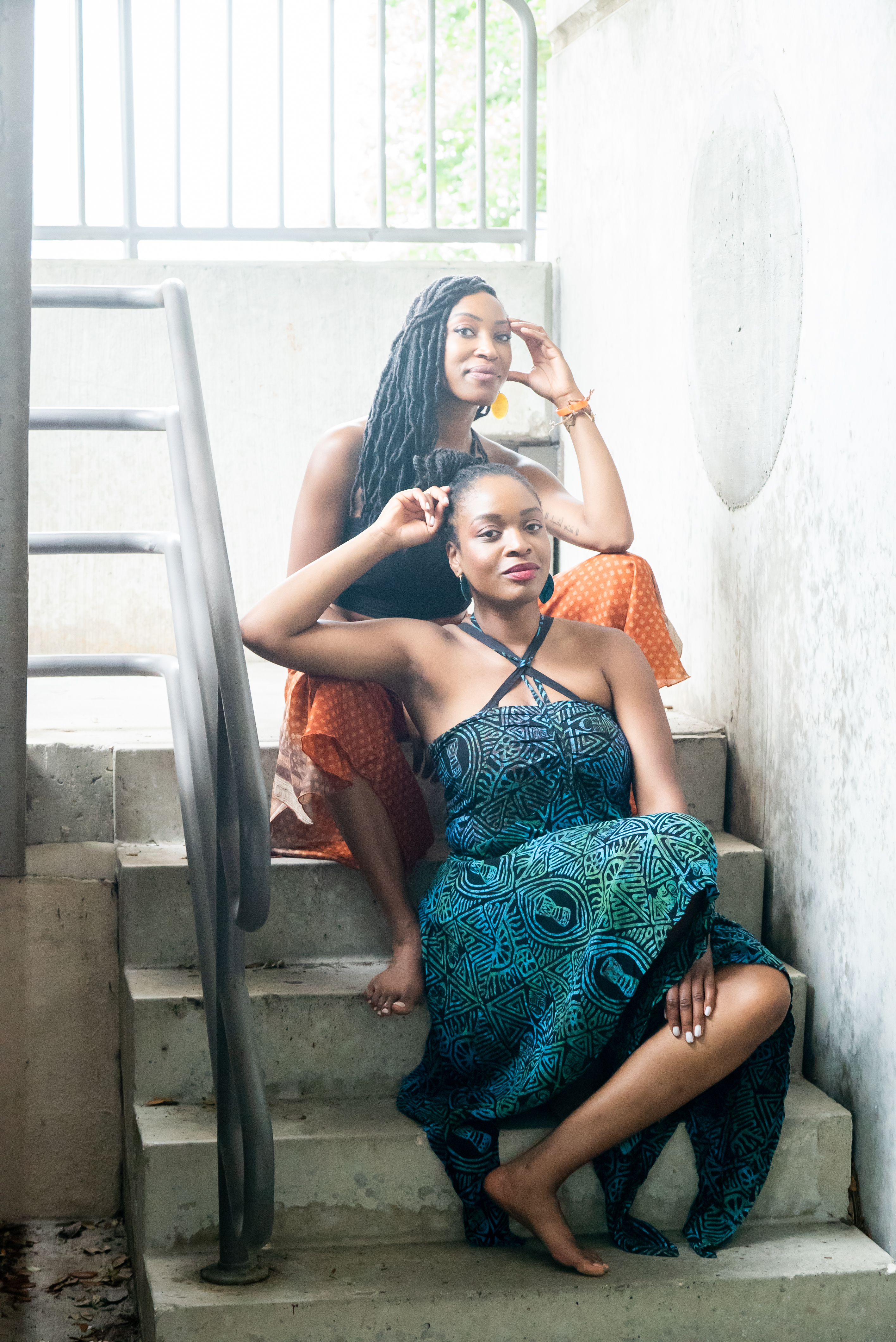 Pittsburgh-native Joy Ike returns to the area for a concert hosted by The Genesis Collective and Uncommon Grounds Cafe.

Polished and precise, yet buoyed with an airy grace, Joy Ike paints with a broad palette that defies easy categorization. Born to Nigerian immigrants, the singer/songwriter’s music, voice, and writing have drawn comparisons to female musicians such as Nina Simone, Laura Nyro, and Regina Spektor. But her percussive piano-playing and soaring vocals give homage to her African upbringing.

Leaving her career as a publicist in 2008, Joy has spent the last 14 years playing thousands of shows across the country. A write-up on NPR's All Things Considered says "The depth of subjects she tackles in her poetic lyrics are perfectly complemented by a unique blend of neo-soul, with just the right dash of pop...a truly compelling act to watch in person, with the ability to create an intimate setting in locations big and small." As a singer/songwriter/storyteller, artist and public speaker, Joy believes that music and art have the power to transform hearts and connect people who would otherwise be strangers at best and enemies at worst. As an artist coach and former publicist, she teaches workshops on branding, marketing, and using your authentic story to engage your audience. Joy is passionate about art as a vehicle for change, empowerment and empathy and sees art as a way to openly and thoughtfully wrestle with the uncertainty of life.

Joy's most recent album, Bigger Than Your Box, was written over a four-year period that included a relocation from Pittsburgh to Philadelphia. The record is joyously defiant, standing proud and wrapped in blasts of exotic color. It dares us to believe in ourselves, to knock down the walls of fear and doubt we build around ourselves. “This is an open-armed invitation to dive head first into the unseen”, says Ike. Bigger Than Your Box boldly explores what Ike often refers to as divine discontentment; the restless middle ground between what is and what ought to be. “The spiritual mystery of life and the ever-present Spirit of God that embraces us in our most helpless state.” Joy will be accompanied by her drummer and sister, Peace, for this special show. For more details, visit www.joyike.com 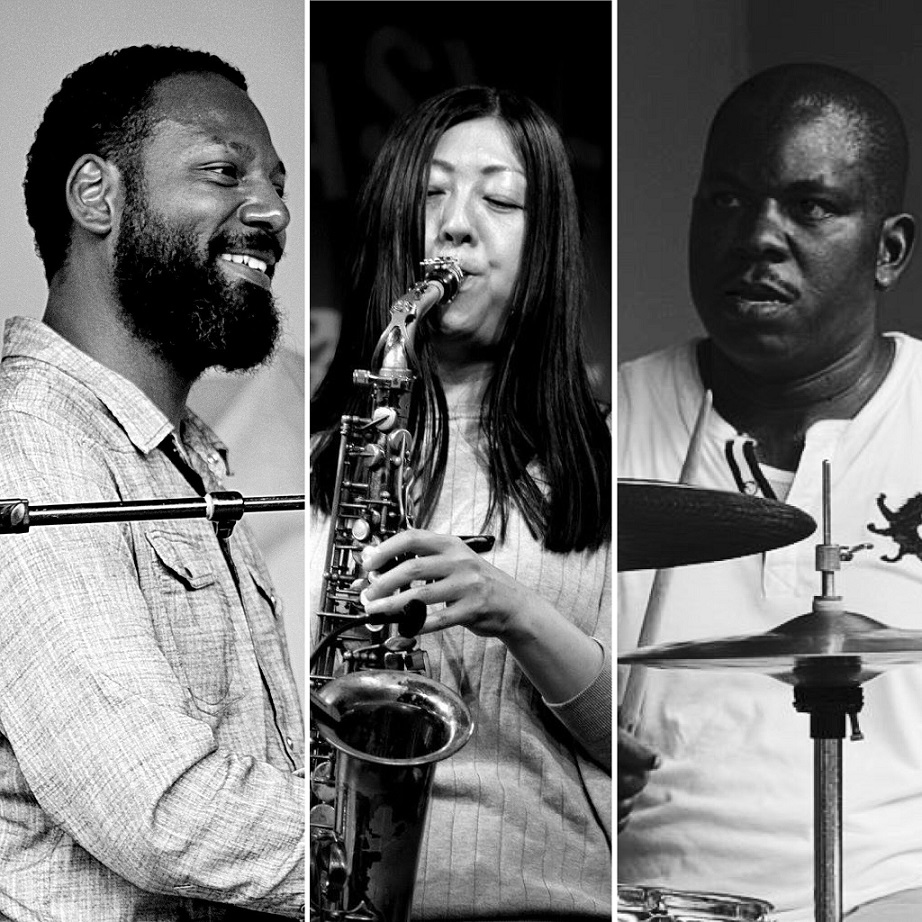 Described as a musical chameleon with wide-ranging talents, James Johnson III adapts comfortably to a variety of genres. He began his musical journey playing drums at five years old. His father, Dr. James Johnson Jr., a nationally known pianist and educator, sparked his passion for music. Precursory to his worldwide career, he attended Pittsburgh’s high school for the creative and performing arts (CAPA) where he was mentored by jazz great Roger Humphries. This laid the foundation for a stellar career that has included performing as a regular member with legendary jazz pianist Ahmad Jamal. His musical adventures have led him to play prestigious venues around the world such as North America, Europe, Africa and Japan. As a part of his portfolio, he has performed with jazz masters George Coleman, James Moody, Geri Allen, Bob James, Kenny Garrett, Benny Golson, Mulgrew Miller, Bob Mintzer and Kenny Werner.

From a young age, Cliff Barnes demonstrated a fascination with instruments and a gift to play. It became his young dream to play and perform. After years of commitment, study, and practice, Cliff achieved his dream and became a professional musician, who has played for packed audiences. These performances have gained him a name in his hometown of Youngstown, Pittsburgh, Cleveland, and beyond. His unique sound, what he does on the keys, and his laidback style is known among the musicians and artists in this area. To this day, he is still fascinated with the amazing way that performing can touch each and every person. Cliff has performed with a number of renowned musicians including Pieces of a Dream, Marcus Miller, and Chris Potter. He can be heard on Marcus Miller’s albums, Afrodeezia (2015) and Laid Black (2018).

Yoko Suzuki is an alto saxophonist working in Pittsburgh and New York City. She started to play the alto saxophone upon joining a jazz ensemble at Osaka University in Japan, teaching herself jazz theory, improvisation and repertoire. After working as a musician in Osaka, Japan and New York City, she moved to Pittsburgh in 2006. Completing a Ph.D. in ethnomusicology and a Ph.D. certificate in women’s studies at the University of Pittsburgh, she currently teaches a variety of courses such as jazz history and jazz ensemble there. As a trio, they started to play in 2015, playing at major venues and events in Pittsburgh, including Con Alma, Alphabet City, and the Monroeville Jazz Festival. 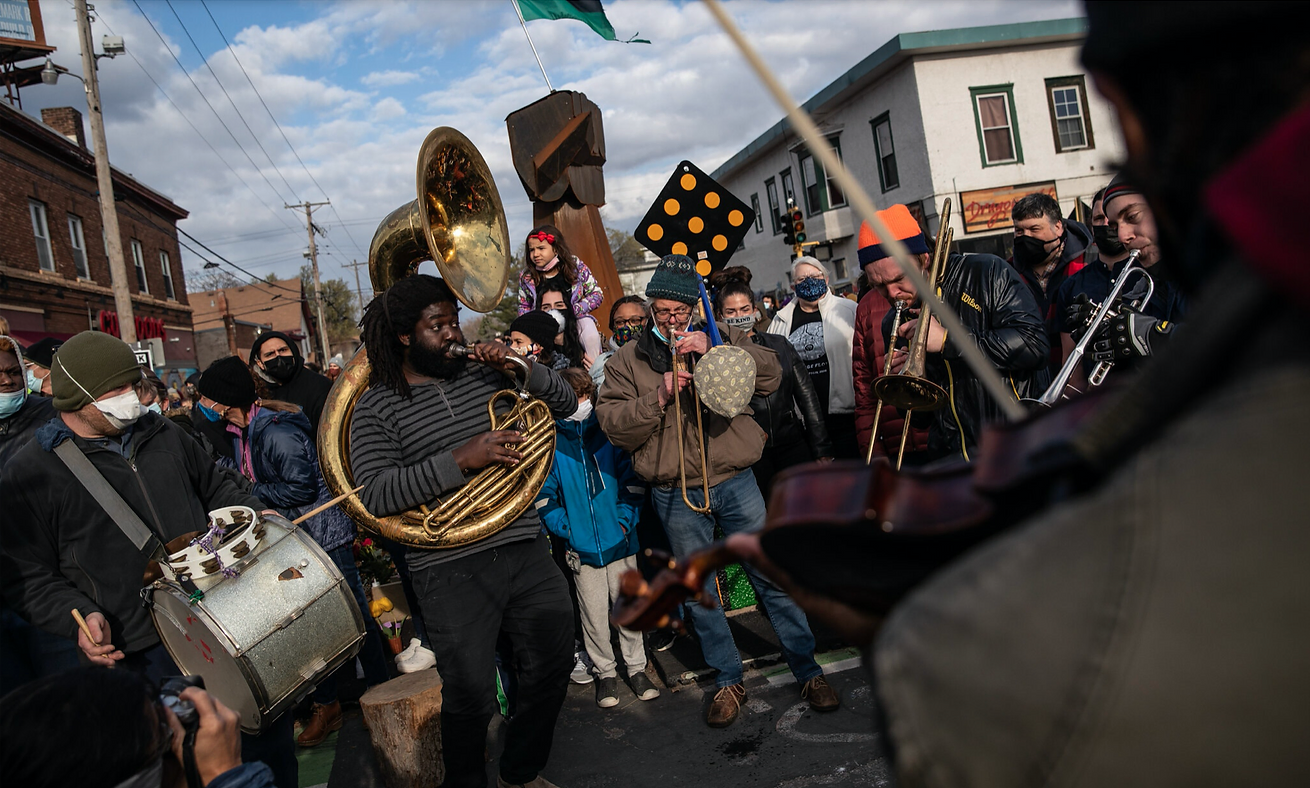 A newly relocated professional musician in Pittsburgh, Anthony Afful holds and pursues a large and varied amalgamation of studies and musical styles. Focusing on interdisciplinary methods, he loves to combine different ways of thinking to look at and address the world. This combined with a passion for civic engagement has led to an intersection of community engagement and community building and music. Having a plethora of musical styles in his toolbelt allows for engagement with many styles of players and communities. One major project that Anthony is working on is centered around finding one’s voice. As black oboists are not particularly common and neither is the principal instrument of the Spread the Love project he is heading up. This endeavor is centered around uplifting historically excluded composer groups and pairing their creations up with a lack of musical literature for the oboe d’amore, the mezzo alto of the oboe family, a nearly forgotten member. In the same model as the band Brass Solidarity of Minneapolis, the belief is that standing and supporting in solidarity leads to more sustainable and organic growth and community around things that matter to people. 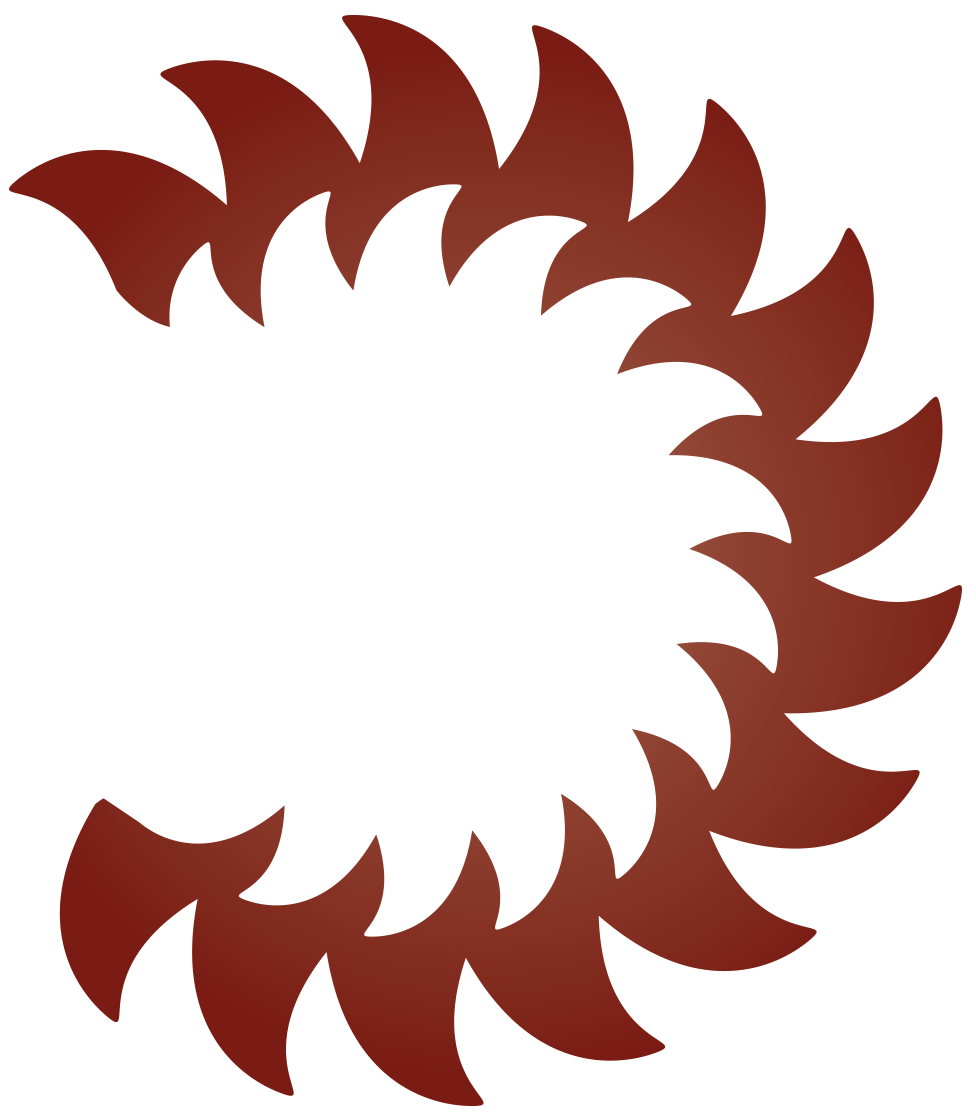 Voces Solis, a premier chamber choir, performs a diverse repertoire of challenging and innovative choral works. Composed of professional musicians, music educators, and experienced choristers, we are committed to providing an educational experience for our members and our audiences. In addition to public performances, private events, recordings, and symposiums, Voces Solis also collaborates with other arts organizations to bring the highest quality choral chamber music to the Pittsburgh area. Recent collaborators have included the Pittsburgh Symphony Orchestra and The Chieftains.